The Story of Kunst Painting 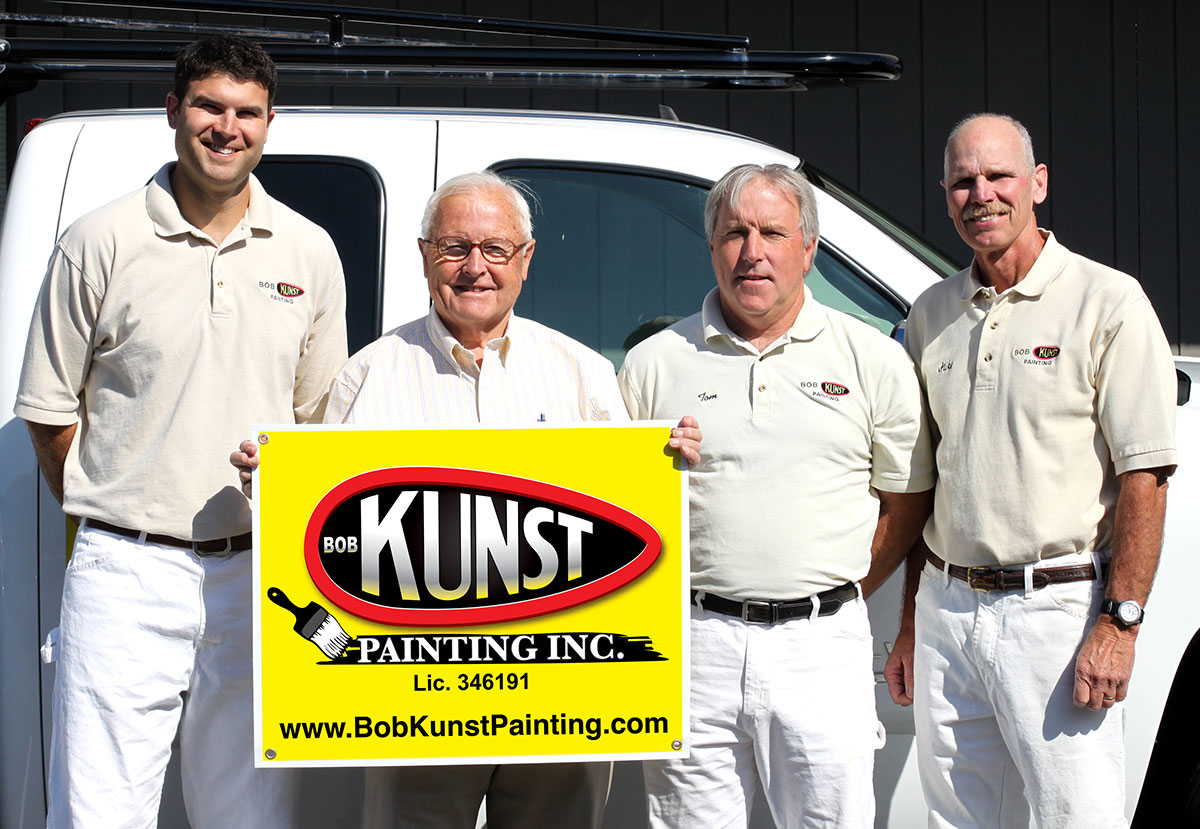 Bob Kunst Painting, Inc- The Kunst name is synonymous with painting in Marin County.  In 1871, Henry Kunst immigrated from Germany to New York where he worked as an apprentice painter. He eventually found himself moving West while he painted rail-cars for the Railroad Company.  In the early 1900’s, Bob’s father and uncle (John and Charlie Kunst) founded several paint stores throughout the state of California, and eventually opened a paint manufacturing company, “Kunst Brothers Paints.”  Unfortunately, while Bob and his brothers were serving in the US Army, the paint factory burned down. In 1953, Bob returned from the Korean War and started his painting career. By 1958, Bob Kunst Painting Inc. was born. Today his son- Tom Kunst, son in-law- Mike Busick, and grandson- John Busick (5th generation), carry on the family tradition of careful craftsmanship and reliable service.

Community- is more than just a word at Bob Kunst Painting, Inc. To help their neighbors and customers, Bob Kunst Painting contributes countless hours, labor and financial assistance to a variety of local entities.  John, Mike, and Tom serve on non-profit boards such as The Down Syndrome Association North Bay, Miracle League North Bay, Bombers Baseball, and Una-Vida.  From the beginning, Bob Kunst held himself and other local business leaders to high standards by serving as President of the Marin Builders Association (MBA) and Painting and Decoration Contractors of America (PDCA). Like Bob, Grandson-John Busick is following in his footsteps, serving as President of Marin Builders Association and sits on the National Board for PDCA.

Company- Bob Kunst Painting, Inc., performs both residential and commercial painting, whether new construction, renovations, or repaints. Bob Kunst Painting specializes in interior and exterior painting, from standard painting to large scale projects. Bob Kunst Painting is small enough to give their personal attention to each job, yet large enough to handle any size job. Their staff of 30+ professional painters are here to protect and beautify any surface. At Bob Kunst Painting they’re committed to providing their clients with the highest level of customer service. Whether it’s one of their professional painters to paint a few rooms in your home, or a large crew for a commercial painting project they take pride in being able to meet your needs and exceed your expectations through communication and quality workmanship.

“I used Bob Kunst Painting in January for interior painting. They had very high ratings. I showed Tom my kitchen cabinets looked aged a lot. He explained how they could clean them and apply another finish to them to make them look like new. He did that and it looks great. There was a stain and scratches on an antique piano. He had his man match that color of the stain on the piano with the scratches so that we can’t even see them. This was all a bonus and I wasn’t charged for it. He was experienced. He understood not just how to paint, but how to stain cabinets as well. I am going to ask him to paint the exterior of my house.”